I would like to welcome Sarah Juckes from Agent Hunter to NAG today. She is here to share some thoughts about writing the perfect query letter to a literary agent. This is immensely helpful for authors who are pursuing the more traditional route to publishing. There are even a couple databases in the post for agents in the US, CA, Europe, and the UK. Enjoy!

The average literary agent sees over two thousand submissions every month and may only take on one or two authors. So how can you ensure that your submission stands out from the crowd?

At AgentHunter, the comprehensive online database of UK literary agents, we’ve made it our business to know what agents want. Here are our top tips for writing your all-important query letter.

Some literary agents like a short covering letter with a synopsis and sample – some want an author biography. Some might prefer the cover letter in the body of an email – some want it printed and sent to them by post. Luckily, agents make this information available, so you don’t need to employ any mind-reading skills. Most agents will list this on their website, or via a database like AgentHunter (UK and Europe), or AgentQuery (US and Canada).

It’s also worth finding out the name of the agent you are sending to, so you can address your letter directly to them. What kinds of books do they represent already? And why do you think your book fits on their list? A simple search should tell you.

Tip 2: Keep It Short and Sweet

Literary agents are busy people and are more likely to read something that makes their job easier. Keep your cover letter to a page (two pages tops). Use shorter sentences. Only include the information they have asked for in their submission guidelines, or that you really think they need to know.

Tip 3: Refine Your Elevator Pitch to Two or Three Sentences

Most agents will ask for a synopsis alongside your submission, so your query letter only needs to convey the vital information about your book, such as:

The concept or hook could be a tag line, a setting or time period – whatever matters most. If you’re not sure, try looking at the back of the books on your shelf. What words do they use to summarise the concept? Here’s an example:

I’m writing to seek representation for my first horror novel, TRAPPED, at 80,000 words. Ruby wakes up in an abandoned prison with a bucket of blood next to her bed. Trapped in a cell, she tries to piece together the horrendous events of the night before.

Tip 4: Don’t Say Too Much About Yourself

If you’re writing fiction, then the real star of your query letter should be your book. Non-fiction authors will need to include a few lines on what qualifies them to write factually, but most agents will ask for an author biography in this case.

One or two sentences outlining your publishing history, any prizes you’ve won and anything that relates directly to the book is perfectly fine.

This might seem a simple point, but you’d be surprised how many submissions are sent with glaring errors in the first line. Check your its and it’s; there, they’re and their; your and you’re. Ensure names and titles are spelt correctly. If you can, ask someone else to proofread your letter, too.

These are the basic rules for any query letter. Follow these, and you can at least ensure your work will be taken seriously. You can find an example of a query letter in full here, and some gritty feedback from a US-based literary agent on Query Shark. Good luck! 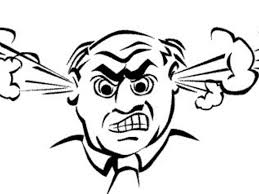