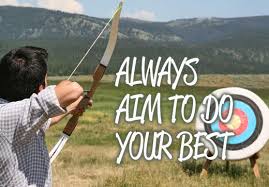 It goes without saying that we should put our best foot forward when we go to the public with a product. We should make sure it’s the best it can be. Sure, it may be still be imperfect and not everyone will like it, but we still must do our best.

We don’t want to be known as the company who puts out crap. Least of all cheap crap which is worse than anything. If you want to a “cheap piece of crap” go buy this product from this company.

Usually people aren’t going to buy a cheap piece of crap on purpose. They want something of quality that will last. If they do it will be given to someone for a gag gift or given to the dog because he will chew it up.

This can also be said about authors and the the books we produce.

We should work hard to make it the best it can be. It should be as quality as possible. We should hire people who do quality work in editing, cover design, illustrating, etc. Don’t hire people who don’t do their job. We get fired from our day jobs if we don’t do our jobs, so should it be said of people we hire to work on our projects.

Oftentimes things happen that are unintentional that leads to inferiority, but strides to correct the problem and make it right are wonderful. Of course trying to avoid it is step one–look before you leap. Do your homework. Making it right with the public due to shortsight says something about integrity, but there is still damage done to public trust.

Still even quality products are not perfect. Not everyone likes them. Does everybody on this planet drink Coke? Nope.

Still getting close to perfection as possible is a must, but “perfection” is not so easily defined in art. There are fundamentals that must be followed, but there aren’t really any rules. It’s not as black and white as 2 hydrogens and one oxygen makes water. H2 O2 is not water, and you can’t drink it (if it’s above 3% concentration) and neither is H3O. There aren’t really any OSHA or Hazmat rules to follow when producing a book unless you infringe on another’s constitutional rights, but that isn’t the norm. Misspelled words or poor grammar outside of dialogue are not acceptable in writing. There is a definite division of visual art of a sketch drawing by a professional from doodles and 2 year old chicken scratch. Throwing pots and pans out the back door doesn’t make music.

But releasing an unedited, badly formatted (print or ebook) book with a cheesy cover will land you in the “Producer of Crap” category. You don’t want to be that author. There are some out there who have been told to edit your book, format it correctly, but still don’t do it. I shake my head in bewilderment.  Caterpillar (CAT) doesn’t produce tractors that break down after one use or can’t get the job done. We don’t buy Levi’s because they put their stitching in wrong place. These names are known for a reason–they produce quality tractors and clothing. They are also distinguishable–nothing runs like a Cat or wears like Levis. In addition to being quality, be distinguishable. Did Pepsi succeed by copying Coke? Uh-uh. They have a similar product, but they aren’t the same. Pepsi is not a cheap Coke knock-off. Don’t be that guy. Don’t be the cheap knock-off of the cheap knock-off if a knock-off does happen to make it.

Readers know when you are really trying your best and when you aren’t. You still can’t please everyone, but the rule of thumb is if you (you can be your own worst critic–I know I am) and at least 85% of other people are pleased with it then you have produced your best. Does it have flaws and can be improved? Absolutely! But there has to be a cut off at some point or else the work will never be done or enjoyed. If the critique is over something your character did or said that annoyed them or scared the pee out of the them rather than how bad the grammar and punctuation was or the formatting then you did well. If people tell you that you have a cool cover, and it doesn’t suck, then you have passed the test! If it is good both inside and out, yeehaw! That’s why we need friends who can give us the HONEST (not what we need to hear) feedback to prep for the public. The beta testers who will put it to us straight. I appreciate people like this more than the ones who blow smoke up my anus.

Don’t shovel us crap, or we will peddle crap. Be a dear and tell us where we suck so we can fix it as best as possible before we go public. Same is true if we only work with people who shovel us the BS we like. If we sow BS, then we’ll reap BS. If the reader says it looks, feels, and smells like BS then it probably is BS. We can’t call BS beef regardless if they both come from cows. There is a difference–trust me. Surely you know the difference between a cow patty and a hamburger patty, or a beef pot pie and a cow pie.

Last I checked Ms. Callenders’ doesn’t put cow crap in their foodstuffs and call it beef. We shouldn’t do that either! That’s why we go back to buy Ms. Callenders’ frozen food–because it tastes good, and we know we should be getting a good meal every time. We want to be like Ms. Callenders’ in how we produce books!

For another illustration, you won’t win a blue ribbon at the county or state fair with a sick chicken with half its feathers missing no matter how rare the breed is  or a rotten watermelon no matter how big it is. You don’t take a dog with the mange to the pedigree dog show. You won’t get a readership and you certainly won’t win a book award with an inferior book. That is basically money down the toilet that will give you the wrong kind of recognition.

Whether you work with a publisher or no publisher it still lands on you. You can choose to work with the wrong publisher, and if they are traditional, it still falls on you since you didn’t do the background check and didn’t read the contract before signing the John Hancock on it. If they won’t work with you to produce a quality book, then don’t work with them. If they won’t make a nice cover for you and all the things you know and want to make a good product, you better amscray and find someone else who will–or do it yourself and find the people who will help you. Asking around will help!

For me this was a lesson hard learned. In my case it wasn’t a traditional publisher, but that still didn’t cushion the blow. I was able to learn what crap looked like before I went to far in the journey with it. I was able to rectify the problem before many of the public saw it and before I became the least bit discovered–I was lucky. I first learned what crap looked like before quality. I fired my old publisher and found people who do good work. Now as I work to be found I am not working with crap.

Sometimes it is a learning experience, but I always knew to try to produce the best. That’s what my parents taught me. Put on your best dress before the public. Don’t meet the President in your soiled, holey overalls with a giant paint stain on the chest. Do comb your hair and all the nice things you do–don’t look like you just woke up in a mine shaft!

Do your best and forget about the rest!