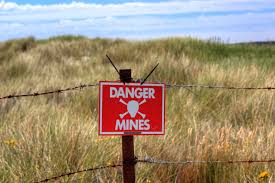 There has been quite a bit of content already about the general bullying, carpet bombing, and all those fun things going on on Goodreads before and after Amazon bought it. A lot of this ire seems to be pointed at authors, but I am beginning to find out more and more that professional reviewers, companies, as well as the casual reviewer are getting burned here.

A very prominent reviewer that I know simply asked a question in a discussion and all fiery hell broke loose. She also owns a company. The “readers” and “reviewers” descended upon her like a school of piranhas and started making incorrect assumptions and accusations against her within seconds and ran her out after tarring and feathering her. That is the point of a discussion among real readers and reviewers, isn’t it? To discuss books? You would think! She had just recovered from a different attack, so this was uncool on so many levels.

Another author I am friends with was discussing how he stays off of Goodreads except for the menial tasks and avoids discussion and interaction due to all mudslinging that goes on there with a newbie author. There has been a lot cleaned up but it’s not all the way clean yet.

I know quite a few businesses and blog tour companies that use Goodreads in their marketing plans in how they shelve books, utilize lists, and post reviews there. Authors and publishers do giveaways with ARCs there in hopes of reviews. They censor their connections so none of this crap happens to them or their clients.

As for me, I only respond to private messages on GR. I shelve books for my company for clients. I list books I would like to personally read and rate and review books that I did read. For author tasks I do the occasional giveaway and list the books there and upload the epub. I censor and respond to friend requests.

There is tremendous potential for the site, but staying clear from the minefield is key. The minefield seems to be with the interaction on the site in the forums and some group discussions. If you don’t know, then steer clear. Never, ever comment on a review on the GR site definitely if it’s negative. There are still some legit negative reviews there, but there are quite a few shill negative reviews. There are some questionable positive ones as well. Some reviews attack the author and have nothing to do with why the reader didn’t like a book. If a reader says the main character is stupid, that’s fine, but not so if the reader says the author is stupid. A negative review saying the formatting is terrible or the editing has a lot to be desired is okay, but it’s not okay to say the author’s face needs to be rearranged with a hammer. Get the idea? Find something that crosses the line? Flag them as inappropriate to the GR staff. Block people who attack you. Never engage.

You can find good readers and reviewers there to friend, but I would check their profile. Do their shelves have unfriendly names? What is in their reviews both positive and negative? What do they read? Are they in questionable groups? Is their review average very, very low? Do they have one star ratings (no reviews) on hundreds and hundreds of books (which they probably didn’t read)? Maybe even go to their site! There have been some top ranking people of Goodreads such as librarians and top reviewers that have done some of these things, so titles mean nothing! So check EVERYBODY out!

This could be advice for readers, reviewers, businesses, and authors alike. Know who you’re friending. Censor your connections. You don’t want to let a fox in the hen house do you?

The questionable people that are making the biggest stink are only a small percentage, but they do a lot of damage. They are known for causing so much trouble that people’s careers have ended, hazards to health, threats to person and property, and the list goes on. Books were even sunk before release because people wrote fraud bad reviews when the ARCs weren’t even sent out. It sucks to have to use street smarts on a book site, but if you have something to loose, then it’s prudent to do so. Stop by STGRB to ID known offenders or report some you know, so others can avoid them too. They’re here for everyone and the founders are reviewers, so it’s not all about authors.

It’s great to interact with readers, but it seems to be safer elsewhere like G+, Twitter, Linkedin, and Facebook. GR has tools to find these people on Goodreads as well or you can find people from your book tour on Goodreads on their sites. They may invite you to their groups. That’s a safe way to build relationships there.

Have questions? Comments? A story to share? Leave them below!